In case anyone is curious, the stuffing is a keto stuffing chaffles, and then adding in some celery, onion and sausage (and of course egg as a binder with turkey stock).

I think it and the pie are the biggest hits, and the best part is I can make more chaffles for thanksgiving sandwiches.

Thanksgiving outside the US isn't easy. It's hard to find all the ingredients, especially when it's all keto, but we have turkey, gravy, cranberry sauce, mashed cauliflour, stuffing, brussell sprouts, a pumpkin and pecan pie.

All of it is keto. We're def. not staying within the lines tonight, but we'll have food for days.

An antisemetic protest at a Canadian university turned violent.

After listening to some Haketia music, I went looking for more, and this is so incredible, beautiful and haunting.

For those who haven't heard Ladino, here's a sample of the language:

Visited the synagogue of the oldest congregation in the US today. 1654... Over a hundred years before the US became a country.

It's a Sephardic synagogue. It was also the first time my partner read Ladino with Hebrew characters.

If I had unlimited time on Earth, I'd learn Yiddish and I'd encourage her to learn Ladino. Sephardic culture is so different from what I grew up with yet and so vibrant and beautiful.

Drinking Yerba Mate out of a gourd with a bombilla for the first time. What a big difference!

Still a little bitter for me. I might add some peppermint or cinnamon to cut through it, or maybe use a different brand of tea (this one is quite old- turns out I was using way too little for a long time too).

There are too many small items that Amazon has that make it nearly impossible to leave entirely, but I think with both Costco and Target stepping up their game, I may be able to eliminate needing Amazon for most items, and I think/hope that in the first half of 2020 I can get rid of Amazon Prime.

I've heard people who use Apple really like thier implementation of the W3C Payment Request API. Am wondering about it and privacy. Anyone have info to share? 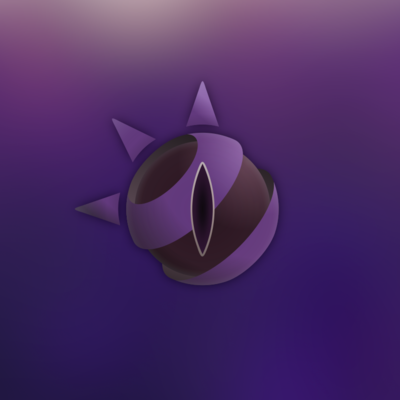 "With streaming services there's no reason to pira-"

Content that can easily be removed by any contract changes

my sister-in-law wanted to make a toy for her 2 year old nephew who likes turning on and off light switches so I helped her learn to solder and we put together this box with 5 different switches and a bunch of different LEDs mounted on it.

the switches all interact in different ways, and some of the LEDs are RGB so you can play with it for several minutes before you figure out how everything works together.

I think the kid is going to love it.

Kitboga is a guilty pleasure for me, and this is hillarious.

Are you worried about your #privacy after #Google acquired #Fitbit? If you are looking for a privacy respecting alternative I can only recommend to have a look at #Gadgetbridge and chose one of the supported devices as your next wearable. https://gadgetbridge.org

Gonna add a working score as well as the ability to properly die and have a game over to Spaaaace (the terminal shooter game) then push the code and do a write-up on my blog. That's my plan for the weekend.

Then I'll focus on the distributed programming stuff in Goblins (unless we hit the $500/mo Patreon goal, in which case I'll add enough polish to make this a satisfying game).

I've been using PaperWM since last night and I love it. I think it may be the window manager i"ve been looking for all this time!

More to come but I think we finally have a winer!

Been thinking about desktop environments. This demo of a desktop has a lot of old ideas but packaged up very well.

Some people have mentioned PaperWM. If you've tried it, can you tell me your experience?

Fuck Purism for being indcompetent dickweeds overpricing phones using the standard line of "security and privacy costs more." That's not an excuse for their anemic and poorly designed hardware, and the majority of their software is repackaged open source with tenuous value add on top.

At first I wasn't so mad, because I thought they were just bad at their jobs and that can be fixed with practice. But as time has gone on we've seen that the folks there are actually acting in bad faith, and their goals are to "pull a GitHub" and try and monopolize a market rather than improve it with genuine competition.

You can't have overpriced, substandard goods AND be a bunch of unethical bastards at their size. And I really wish people would stop desperately ignoring their actions as a company because they get all starry-eyed at the sales pitch about freedom and privacy and the in-software switches on their laptops.