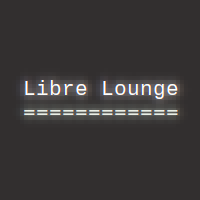 Now out, @emacsen sits down with @mollydb@status.fsf.org for a deep conversation about Free/Open Source Software Advocacy, economic inequity and a societal approach to Free Software advocacy.

Wasted day, but going to shower and work on Datashards's new implementations.

So many awesome options!!!

Does anyone know of an equivilent to Google Groups where I can get either free or low cost mailing list hosting?

I don't want to run it myself, or make something complex where I pay for hosting by someone to run Mailman for me. I just want to sign up and have a mailing list to meet my needs.

Tux.org used to offer this exact thing to projects, but AFAIK they're in perpetual sleep.

I (finally) figured out how to put the vive cable port back on to my HTC Vive. It's been loose for... 8 months I think.

This is the week I get out a new episode of Libre Lounge, and internally (hopefully) hammer out a new version of some Datashards protocol issues on the path to store <-> store communication.

How my girlfriend sees our relationship:

I decided to go with Ansible for the work I needed and have been really happy so far.

It's extremely lightweight, which is what I need. I might have appreciated a more comprehensive starting point for documentation, but what I have is working out great, so yay!

Now a question is- do I want Chef or Ansible?

I used Chef, but it's been so long I might as well start from nothing. Ansible looks simpler, and by default is agent-less (while Chef requires some thinking if I want to use it agent-less). Sigh.

I haven't set up and used Chef in probably a decade, but I'm starting to put together enough of these Raspberry Pi servers that it probably makes sense to do some kind of light configuration management with them.

Hey, any NYC folks want to get together and hang out?

So angry about Elizabeth Warren misrepresenting Bernie Sander's statements. From the context, he was clearly talking about the struggles women face in politics, and she's twisted his words.

I was saying that I'd be happy if Warren got the nomination, but this has tarnished her reputation for me.

I still think she'd be better than Biden or Buttigieg, but she had run a clean campaign on ideas and values, and that's now gone.

I have always thought in the back of my mind, "Cheese and Onions".

Back in NYC. Severely under-slept last two days and jet lagged. Good to be home but I miss my gf and the cats.

Ido is to Esperanto as Colemak is to Dvorak.

I don't really talk about it because I haven't put enough work into it, but #IAmNonbinary (but I have a lot of imposter syndrome about it). Any pronouns are ok, but I think the Spivak-derived ones are great for me (and society)

If you didn't know before, I guess you do now. 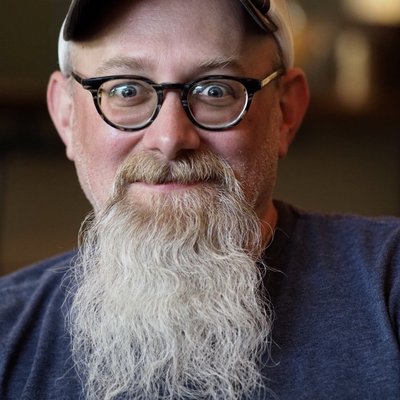 In the spirit of trying to share more stuff over here in tootland: I was on a local tech-focused radio show this week, and they've posted video of the show taping. Watch me slouch down in my chair and be awkward for most of an hour!

This has been a very rough week so far. The weekend was devastating, plus a ton of stress around a bunch of personal stuff.

I don't think I'll get the show out this week... But I'm writing some datashards docs, slowly...

What is a reasonable Bar Mitzvah gift amount in 2020?

My Bar Mitzvah was nearly thirty years ago and I got a lot of $18 and $36 amounts. I'm guessing double that? More? I have no idea about these things...

I wish more folks in the Free Culture/Remix communities would talk about the Daikon IV movie...

It's a mix of superhoes, monsters, sci-fi and a playboy bunny, all to the music of Electric Light Orchestra.