There's a lot of anticapitalist sentiment on my feed- which I entirely understand. I draw the line at supporting communism because for many Jews, we know just how cruel the Soviets were towards their Jews.

There was Jew killing, but there was also a concerted effort to destroy Jewish identity specifically- the language, culture and religion.

They used propaganda to lure Jews in, and then oppressed them into nothingness. Some lucky ones escaped.

Moreover, the people advocating for Soviet style communism are rarely a persecuted minority.

Try to keep that in mind. 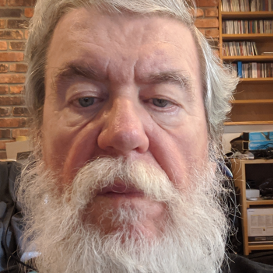 @emacsen I recently took a trip that include the Czech Republic, Slovakia, and Hungary. I didn't hear a good word about Communism in any of those places.

You generally won't, no.

You may hear some positivity by some upper class Moscovites, because they were largely the benefitiaries of the centralized model.

One misconception about capitalism is that some think ti's the only model that derives wealth on the backs of laborers.

Communism does as well.

Neither extreme solves the basic problems.