Long story short, this thing is so thick and heavy as to not be usable as a phone, period.

I hate to say it, but this thing is a joke- a very expensive joke.

I read about all the problems Purism had, and what a disaster it was internally, but the finished product is even less of a viable product than the Neo Freerunner.

The PinePhone is too slow to use, but at least it has the appearance of a normal phone.

Let me elaborate a bit, because I want people to understand..

I don't mind if hardware is a little bulky in the name of Freedom. For example, I've heard the Fairphone is slightly bulky, but all the parts are replaceable.

I know the MNT Reform will be bulky, but it's part of its design.

The LibreM is so huge, and so heavy that it's just not usable as a phone.

If it had been sold as a development environment, fine, but this isn't a phone that people can use. 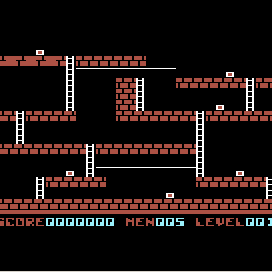 it looks just like a regular phone, quite good-looking actually.

Pretty low specs, but that's to be expected. It all looks a lot more slick then the pinephone.

Yes, that one. But they aren't really showing how incredibly thick it is. It's more than twice as thick as my Pixel 3. I'd say roughly 2.5x as thick, and weighs as much as three Pixel 3 phones.

I paid a high price for this thing and pledged for it years ago. I knew I'd wait a long time because the thing was supposed to be a phone I could use, even if the software was immature.

But every time I pick it up, I feel like I've been duped.

@emacsen
The CEO of Purism always gave of the 'tech-bro'-vibe, which I'm not a fan of.

Compared to Pine and their products... it looks expensive. Still, an open phone is nice. The hardware switches are awesome.

On the bright side, it's big by today's standards, but smaller then this one, right (right ?!?!)?