Even if Trump loses, Trumpism has won. There was no repudiation by millions of Americans of Trump- the popular is largely the same as it was in 2016. The US courts refused to indite him for violating the Emoluments Clause. The Senate refused to impeach him, and now when he threatens the democratic process, there is no large scale pushback by Republicans. 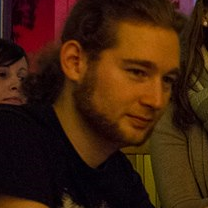 @emacsen
Not just did his popularity mostly stay the same, he gained among nearly every demographic.