At Libre Planet (the FSF annual conference) where the keynote about "medical devices" is (25 minutes in) so far just anti-Israeli propaganda talk, including saying that the only place Israelis wouldn't bomb would be a Coca-Cola factory, out of context footage of Israeli snipers, and comparing Israelis to wolves (killing sheep).

Glad that the talk actually shifted into medical devices, and I'm not bothered by talking about war and Israel. All war is terrible. But dehumanizing people (calling them wolves and stone cold killers) should not be acceptable at Libre Planet. 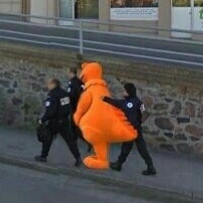